Some of the following answers to FAQs on electric vehicle (EV) insurance might be useful if you’re contemplating a change to this new technology.

How reliable is electric car technology?

As at January 2017, around 85,000 electric cars are registered on the UK’s roads and that figure excludes hybrids.

Of course, insurance specialists aren’t technologists! There does not appear though to have been any significant adverse comments in the media relating to the technology’s reliability. The vehicles appear to be popular and increasingly so but you should research your choice of vehicle carefully before purchase – just as you would with a conventionally powered vehicle.

Why then is EV insurance hard to find and/or expensive?

There are two questions here:

In terms of availability, it’s true that specific policies aren’t necessarily easy to find. That’s largely because some insurance providers simply have not yet responded to the sudden arrival of such vehicles ‘en masse’ on our roads. Basically, they don’t have policies ready!

Fortunately, there are specialist providers of EV insurance who should be able to help, such as ourselves at Specialist4ElectricCars.

It’s true that some typically non-EV specialist insurance providers might significantly increase their premiums for EVs. That perhaps indicates their lack of familiarity with such vehicles. The solution is simple – contact us!

What is the position on battery insurance?

This can be a slightly complicated area though its origin is nothing to do with insurance as such.

The complication arises because some EVs are sold including their battery. So, the battery becomes the owner’s property.

In other cases, the vehicle is sold but the battery itself is leased or rented. It never becomes the car owner’s property.

There are pros and cons to both approaches and they can be researched. Speaking just from an insurance perspective, whether you own or lease the battery changes somewhat the shape of the insurance you’ll require.

This is not a big deal though for the car owner. Just be sure you understand whether you own or lease/rent your battery and declare that to your specialist insurance provider. They’ll do the rest!

What is ‘cable insurance’?

This is the term sometimes applied to an area of liability insurance for EVs.

It relates to the fact that although technology is changing, many EVs are still charged by connecting a cable from the power source to the car. In a public place, this might conceivably be a tripping hazard for passers-by.

You might think such an accident would be highly unlikely but we live in an increasingly litigious society. If you’re sued for damages following an incident of this type, you’ll need to be covered.

This is a new component arising with electric car cover, as there is no comparable risk with conventional vehicles. There are new technologies coming along that are designed to eliminate the charging cable but they’re not here at the time of writing.

Can I get EV cover if I have motoring convictions?

As with any vehicle insurance, if you have motoring convictions then it will probably have the effect of increasing your premium.

Typically though, you should still be able to obtain cover just as you probably would be able to in the case of a conventional vehicle. It’s worth mentioning though that any insurance provider will reserve the right to refuse cover in certain circumstances.

Increased premiums might also arise if you are a very young and/or inexperienced driver. This is no different though to conventional vehicle insurance cover. 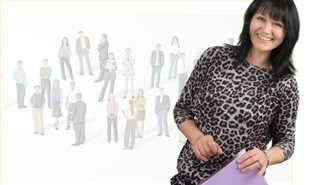 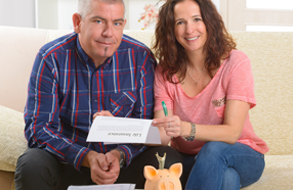